Lydia received her degree in Physical Therapy from the University of Oklahoma in 1990.  She worked with adults with brain injuries and other neurological injuries, orthopedic injuries, cardiac patients, and in wound care until finally coming to Highland Park more than 15 years ago.  Since then, she has worked exclusively with the pediatric population.  She continues to work in a clinic specializing in Sensory Integration based interventions and has an additional certification for evaluation and treatment of this population (SIPT). Lydia also received additional training in Cranial Sacral therapy.

Born in St. Louis, MO and a 4th generation Cardinal Fan, Andrea earned her undergraduate degree from Arkansas State University and Masters degree from TX A&M - Commerce. Her teaching and coaching career began in Richardson ISD, but has had the honor of teaching Future & HPHS Scots since 1992! My passion is working with students of all ages to learn how to develop and understand what a "Healthy Lifestyle" is. Discovering various activities that they enjoy is my goal for all.

Darlene is a board-certified music therapist, who has been practicing music therapy for over five years. She has worked with various populations throughout her career including children-adults with special needs; Geriatrics; Hospice; Autism; Traumatic Brain Injury;  Deaf Education; and other health impairments. Darlene has also performed in various musicals, operas, and country music venues including The South Texas Opry, The Johnnie High Country Music Revue, and Carnegie Hall.

Rachel is the Educational Diagnostician at Armstrong and Bradfield Elementary.  She received her Bachelor’s in Science of Education degree from Baylor University in May 2004.  She is certified to teach 1st through 8th grades in the General Education setting and Early Childhood through 12th grade in the Special Education setting.   Mrs. Funderburg taught for four years as a special education teacher before starting her career as an Educational Diagnostician.  She became a diagnostician in 2008 and came to HPISD in 2013. 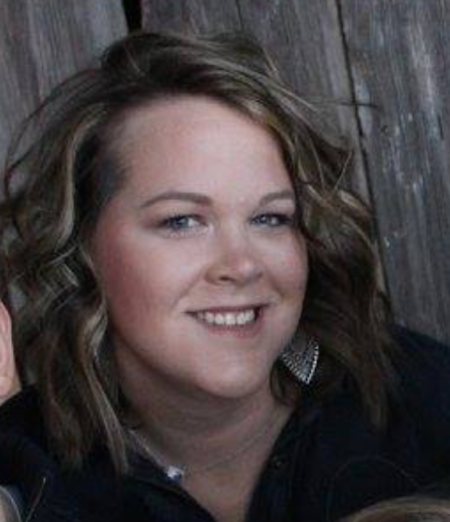 Jennifer grew up all over as her father was in the Air Force.  She graduated with a Bachelor of Science degree in Psychology from the University of Texas at Dallas in 2004. She was a special education teacher for six years before ultimately becoming an LSSP.  Jennifer's practicum and internship years were spent in Community ISD.  In 2014, Jennifer graduated from Texas A & M Commerce with a Specialist in School Psychology degree. She served as the NASP (National Association of School Psychologists) Vice President student leader during graduate school and received her NCSP (Nationally Certified School Psychologist) license in 2014.  Previously, Jennifer has served as the lead evaluator, autism team leader, and in-home training coordinator.  Her professional development/research focus has been on crisis intervention in public schools.  Jennifer joined HPISD in 2015.

Julie graduated from Texas Woman’s University in 1994 with a Bachelor of Science in Occupational Therapy and received a Master of Arts degree from Texas Woman’s University in Occupational Therapy in 2000.  She has been working for Highland Park ISD since 1994 and has also worked for Medical City Dallas Hospital, Integrative Pediatrics, SPOTS, and The University Texas, Dallas campus, CARE summer program.  She is a member of Highland Park’s Assistive Technology team.  Julie is married and has two children that keep life very exciting.  She spends her weekends with her family and at her children’s sporting events.

Amee grew up in Fort Worth, Texas and has lived in Dallas since 2007.  She received a Bachelor’s of Art degree in Psychology from the University of Texas at Austin in 2002 and a Master's of Occupational Therapy from the University of Texas Health Science Center at San Antonio in 2007.  Prior to the HP team, she worked with adults and seniors in acute care and rehabilitation settings in Austin, Texas.  Since working in Highland Park she has had the opportunity to work with children from ages 3-22 with varying needs.  She is a member of the district's Assistive Technology team.  During the summer months, Amee also works at SPOTS, a sensory integration pediatric outpatient clinic.

Amanda Rutherford is a Speech-Language Pathologist who is the Assistive Technology (AT) Coordinator for HPISD. She has worked in the schools as an SLP and AT provider for 17 years.   She loves her job and the students she gets to work with! Amanda and her husband have three kids. Their son Jackson and daughter Grayson are entering their senior year in college and their youngest son Paris is entering 10th grade this year. Amanda’s favorite things to do are spend time with her family, travel and ride horses.